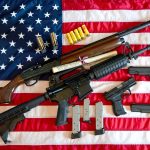 There are places in the world that inspires us to explore the world and its people. America is certainly one of them. More than that the history of the American nation is something everyone must learn and enlighten their selves with. The book, ‘Give me liberty: An American History’ is a detailed and impressive academic work which one should read.
However, for the beginners of this American revolution explorer’s journey, we are here to tell you some gold facts about the american nation, its roots, and the history.

American revolution occurred in 1765 – 1783. The cause was the fight against British unfair political influence over the government hold and illegal procedures to make and abide laws. Hence the American colonies fought a war against British in which thirteen of them won. It became a big scale battle as other countries such as France played a role as an ally.

The root of this conflict was the fact that the Britishers used to apply taxes to the Americans yet gave them no representation in the political bodies of law. Hence, the slogan ‘No taxation without representation’ came into being.
The conflict grew bigger and the Patriots decide to form their own alternative government. The whole fight turned into a war when the British army fought and took control of colonials army supplies. This gave birth to a global agenda of war in which even the French got involved.

After a lot of other conflicts and battles, every colony formed their own ‘Provincial Congress’ to make decisions and to strengthen an independent government. That was the point when their own ‘Continental Army’ was established a lead by the well known George Washington. The army declared all the colonies free from the corrupt and dishonest government of King George. They rejected every theory and implications based on monarchy and discrimination. They fought for the rights and freedom of all races.
The Victory an Emergence of the United States of America
After several bloody battles, The French entered the picture and helpt the Colonials with their army and navy forces. Hence the conflict was settled down by signing the treaty of Paris in 1873. This was the first sign of a new nation which had no stains of Britishers over them, the American nation.

The American nation today, is one of the most evolved ones. There total 6 different breeds that form the American nation, including white south Americans and African Americans that were treated as slaves and less of a human being in the past. Now they are the citizen of united states with equal rights and a right to vote as well.

The history of America and its nation’s origin is vast and glorified. To actually understand it, one should definitely read Give me Liberty: An American History 5th Edition. The detail and fact restoring knowledge of the book are outstanding and compelling. So hurry up, grab your copies now!